In the postmodern Western society, sexism has become less obvious, which does not mean that it has disappeared, it merely changed its modus operandi. Instead of blatant sexism, as it was the practice in the past, it became subtle and covert. Due to the internalized sexist standards, subtle sexism often goes unnoticed, so it is perceived as “normal”, “unproblematic” and common. For example, condescending chivalry (i.e. courteous, protective men’s behaviour towards women carries an assumption of women as helpless subordinates) or subjective objectification (i.e. a type of sexism where women are perceived as “Smurfettes”) are subtle forms of sexism.

The term “Smurfette principle” was coined by an American journalist Katha Pollitt in 1991, when she was analysing children’s programmes on television which led to the conclusion of children’s shows being highly gendered (“Boys are the norm, girls the variation; boys are central, girls peripheral; boys are individuals, girls types. Boys define the group, its story and its code of values. Girls exist only in relation to boys”, she stated). The Smurfette principle, named after The Smurfs and their living arrangement (one woman – plenty of men), describes a situation where “a group of male buddies are accompanied by a lone female, (usually) stereotypically defined.” However, a “Smurfette” can also be an exceptional (and only) woman in a man’s world, for example, the only woman in a company’s boardroom or the only credible female character among men in a film. When just one person of an underrepresented group is included in the otherwise gender-homogeneous environment, that one person is a token. Tokenism as a practice of how minorities should be included only imitates equality, because it usually accepts only one outstanding individual and not a group of average ones.

The Smurfette principle, used in the cinematic surrounding, is not a monolithic trope; it is an adaptable one, depended on its context. In the television or film storyline, the “chosen” woman can be either (1) a part of the all-male team; (2) a lonely antagonist against the male team or (3) a decorative and unessential-to-the-story sidekick, created to dilute the possible homoerotic subtext of the narrative.

The “one of the guys” version appears in films, such are Gone in Sixty Seconds (Angelina Jolie/Sway), Inception (Ellen Page/Ariadne), Ocean’s 11 (Julia Roberts/Tess Ocean), The Imitation Game (Keira Knightley/Joan Clarke), Flatliners (Julia Roberts/Rachel Manus) and Michael Clayton (Tilda Swinton/Karen Crowder). Sway, Ariadne, Tess Ocean, Joan Clarke, Rachel Manus and Karen Crowder are the only women, allowed to be in the all-male ensemble and they function as antisexist tokens. The TV sitcom Seinfeld had this syndrome, too – Elaine Baines (Julia Louis-Dreyfus) was the only woman in the cast. 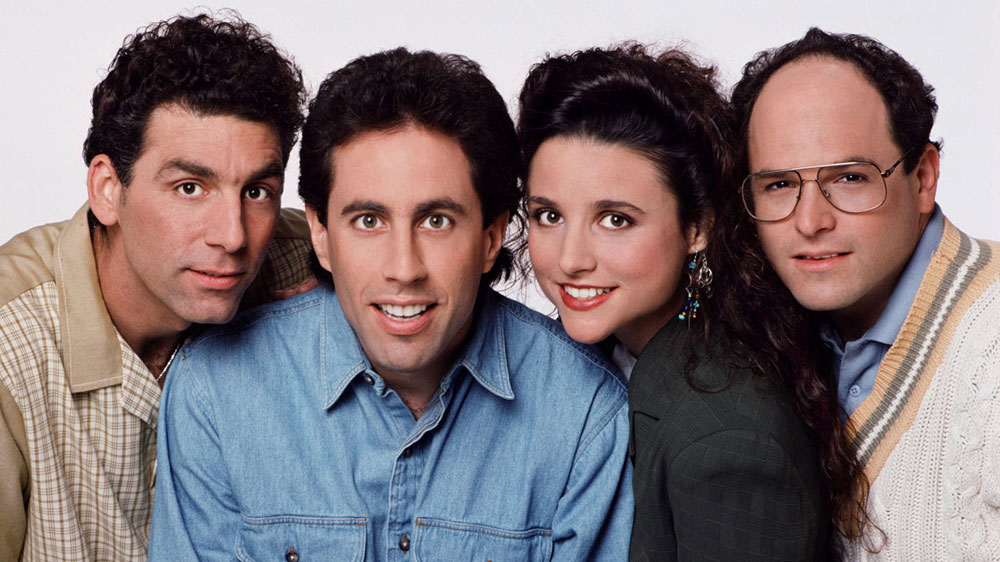 The reversed type of the Smurfette principle is a lonely female antagonist, set against the male team, which treats her as a threat. This trope can be found in film characters; such are Ellen Ripley (Sigourney Weaver in Alien 3), Selina Kyle/Catwoman (Anne Hathaway in The Dark Knight Rises), Marla Singer (Helena Bonham Carter in Fight Club), Ginger McKenna (Sharon Stone in Casino), Irene Adler (Rachel McAdams in Sherlock Holmes) and The Lady (Sharon Stone in The Quick and the Dead). Jodie Foster was quite often cast as a proponent of this cinematic trope; she was dr. Eleanor Arroway in Contact, Annabelle Bransford in Maverick and Clarice Starling in The Silence of the Lambs. All those characters were outsiders for not fitting into the masculine concept of good (or domesticated) femininity; they were lone warriors for justice or truth (Ripley, The Lady, Eleanor and Clarice) or self-reliant grifters (Selina, Marla, Irene, Ginger and Annabelle).

The last version of the Smurfette trope is an unessential sidekick, who is introduced into the homosocial storyline only to remove any potential homoerotic subtexts. These are some of the examples: Skylar (Minnie Driver in Good Will Hunting), Miss Piggy in The Muppet Show and Penny (Kaley Cuoco in The Big Bang Theory).

However, the image of the only woman among men was predominantly present in the 90s alternative and rock music (pop music is considered to be too “feminine”), where she would usually be a front(wo)man (i.e. singer), but less often a band founder or a leader. The “one-woman-in-all-men-band” trope is also a variable principle of femininity that must be aligned with the band’s masculine vision of how to represent themselves as unique artists, but also how to be appealing to the public (media, consumers and record labels). The visual appearance of the only woman in a man band still upholds the common signifiers of femininity (e.g. beautiful face, thin body, young/ish, embellished clothing, creative fashion choices), but it is done with an alternative twist to fit into the masculine conception of rock performance. Here are some illustrations of alternative femininities within one-woman-in-all-male-band contexts.

Garbage’s Shirley Manson sported an edgy alternative beauty, No Doubt’s Gwen Stefani was a blonde, stylish femme-tomboy and Skunk Anansie’s Skin was presented as a black androgynous handsomeness, while The Cardigan’s Nina Persson embodied a blonde fragile femininity. Sonic Youth’s bassist/singer Kim Gordon shared the same blond coolness with Smashing Pumpkin’s bassist D’arcy Wretzky, while The Cranberries’ Dolores O’Riordan and Texas’ Sharleen Spiteri were symbols of casual androgyny. Katrina and the Waves’ Katrina Leskanich exhibited the queer femininity, Joan Jett and the Black Hearts’ Joan Jett toyed herself with the femme-masculine brashness, while Sade’s Sade Adu exuded the modelesque beauty. Blondie’s Debbie Harry was synonymous for what a sensual and daring blonde should behave and look like, Yeah Yeah Yeahs’ Karen O radiates an artistic aloofness and Scissor Sisters’ Ana Matronic campy seductiveness is hidden in her stage persona, while The Pretenders’ Chrissie Hynde was just all about her ambivalent coolness. 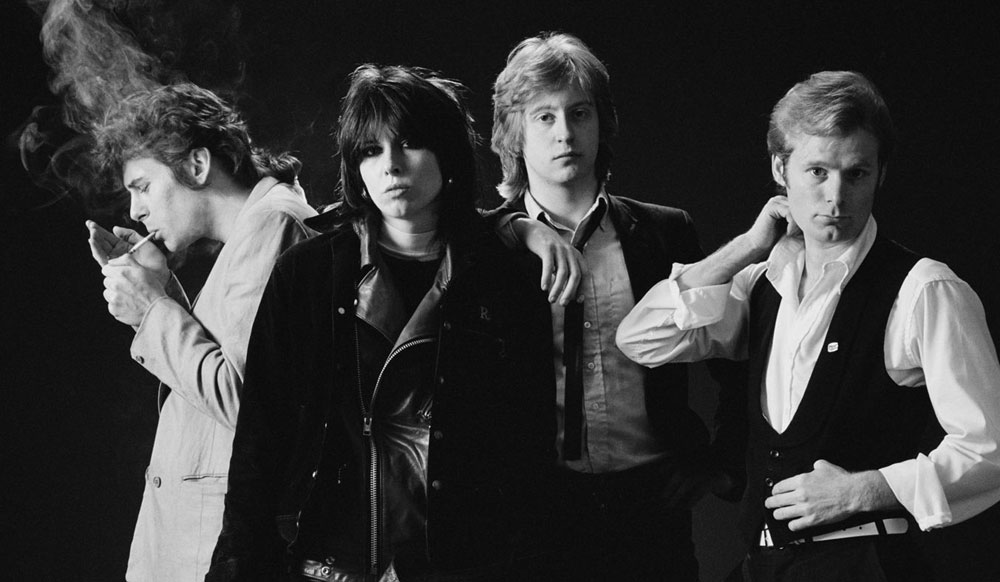 Regardless of its location (entertainment, politics or every-day life), the main problem with the Smurfette principle  is that it reinforces the idea that there is only enough room for one (exceptional) woman to be engaging and profiting from male (or female) professions which leads to the misguided belief of who the enemy is. Well, it is not anOther woman.