Stranger shaming is an act of (secretly) taking pictures of strangers in public spaces and posting them to social media sites later. They are taken without permission of people being photographed to document their activity or appearance which is neither illegal, nor offensive but to the photographer, they seem socially inappropriate, morally wrong or just a way to mock someone publicly. Strangers do something that the photographer – who feels superior to them or their behaviour – disapproves of.

This new phenomenon has arisen on the behalf of (1) a large use and popularity of social media where anyone can carefully curate and portray better (or worse) versions of them or broadcast an opinion/gut reaction to the world, (2) the urban impersonal living, (3) the possibility of an online anonymity, (4) the users’ need to overshare and (5) a human practice to Other anyone who acts/looks/thinks unconventionally and is not a part of our in-group.

Strangers are the ultimate Other – we do not know them, so we do not care about them. French anthropologist Lévi-Strauss has stated ways of handling persons who are stigmatized as Other and one of them is public ridicule or humiliation. Public humiliation it is a form of social control that occurs when a person violates the norms of the community and other people respond by publicly criticizing, avoiding, or ostracizing her/him/them. Before the 19th century, when legal systems were rudimentary and the system of modern prisons has not yet been institutionalized, the use of this tool was to keep public order intact. But more important was the fact that it kept delineation between Us (i.e. the good, normal, the in group) and Them (i.e. Others, outsiders, social or moral deviants).

Stranger shaming is therefore nothing new, as it has its roots in public humiliation. In the past, there were shaming parades, scold’s bridle, the pillory and the cucking stool for those in-group people who violated the norms, but for Othered or out-groups, there were Victorian freak shows (or shows with human biological oddities), human zoos (also called ethnological expositions), auctions of black slaves and lynching of black folks in American history. 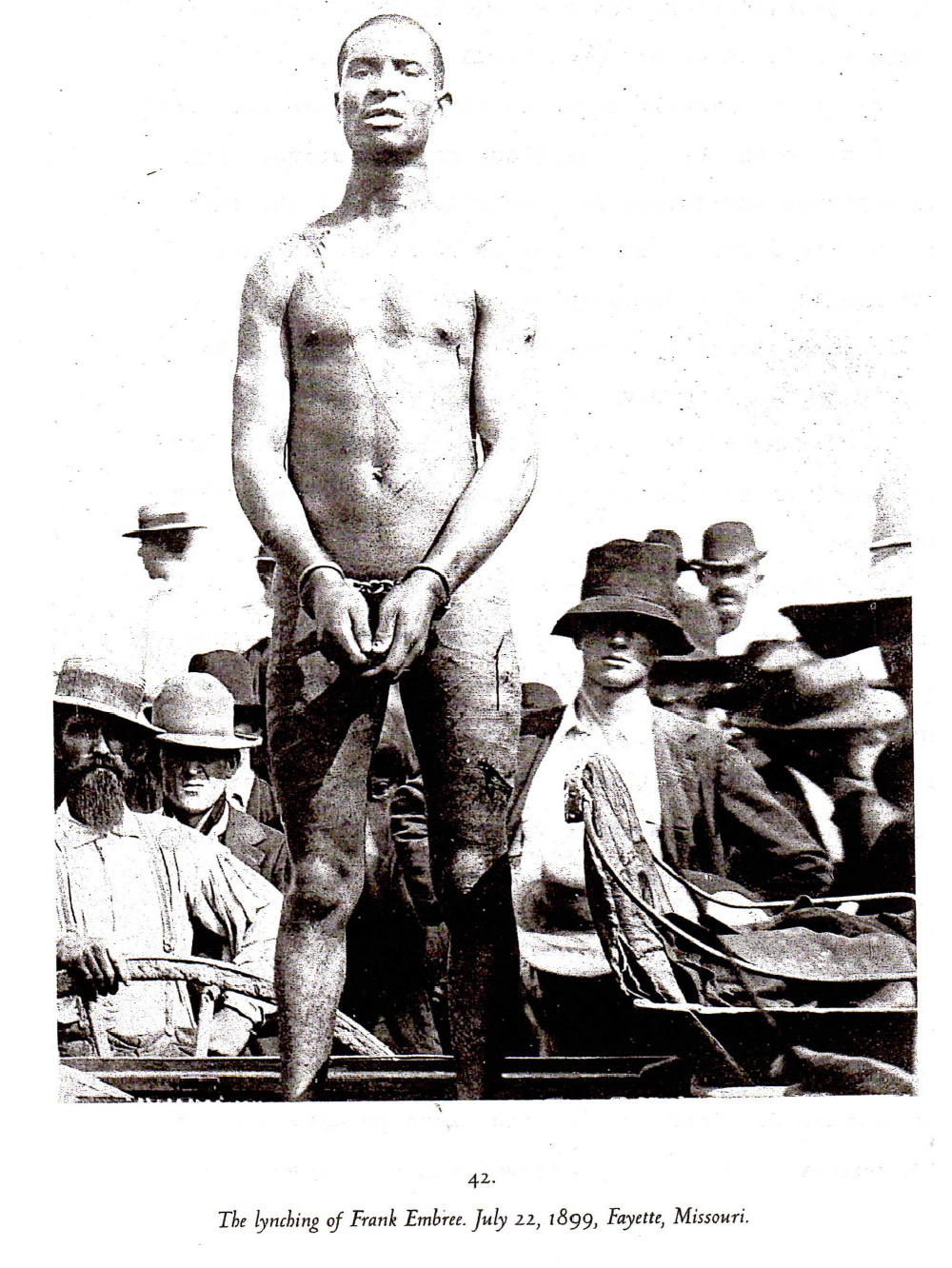 Frank Embree was handcuffed, stripped naked and whipped, later lynched and castrated. Before and after images of him were sold as postcards. Source: Without Sanctuary: Lynching Photography in America

Witches, religious groups (Jews and now Muslims), war collaborators (mostly women who were stripped naked with shaved heads), prisoners of war/citizens of defeated countries in war, refugees, and foreigners in general were submitted to public humiliation with one intention only – to assert power over her/him/them by degrading them, taking away of their pride, dignity, status and humanity. Public shaming is a moral warning (“it can happened to you if you don’t follow societal rules”) and at the same time, it is a spectacle or entertainment for the public.

To shame a stranger publicly online because he/she/they do not conform to our worldview, is a digitalized form of public humiliation. The photographer/uploader has a power over other people and is convicted that she/he/they has the moral right to punish someone for behaving or being different by publicly posting that photograph. As Dr Aaron Balick put it, ‘the photo shared is a psychological reflection of the person who took the picture, not the photographed. Individuals may shame strangers to evacuate their own bad feelings through the process of projection, thereby giving them a better sense of security at the expense of another person.’ But speaking sociologically, stranger shaming contains sexism, ageism, racism, sanism, classism/snobbism as it is mostly directed toward women and other minorities (e.g. LGBT+ folks, black and brown people, economically disadvantaged, folk with in/visible disabilities, those who do not conform to mainstream beauty/fashion rules …). Here are some examples of current stranger shaming.

Modern stranger shaming is a reflection of people’s obsession with other people’s bodies – what they look like, how they behave, how they are adorned. At the same time, it is an affirmation that we live in the society where discipline and self-discipline of the body remains our main focus.

People who stranger shame are self-proclaimed socio-moral crusaders who want to reimpose disciplinary rules on those who escaped them. Fruitless mission, I must say.