When it comes to bruises on a woman’s body, almost a unanimous assumption is quickly made and it usually involves domestic violence. Why does the conclusion of a woman being abused suddenly prevail, when an adult woman has a bruise on her body?

The western understanding of a woman’s body is – alongside with its reproductive power – also built around its aesthetic (decorative) and mobile (inactive) nature. It is expected for a girl to be pretty and a woman to be attractive, so to stay pretty/beautiful, a girl/woman should not engage in activities (sports mostly) that could ‘ruin’ her appearances. Bruises ruin skin to a degree of transforming skin colour from natural to ‘unnatural’ – blue, green, violet, yellowish. But most of all, they bluntly expose the fragility and mortality of the human body.

To gain a bruise is a positive message about body vitality and reaffirmation of the corporeal toughness for boys and men only; girls can be covered with bruises until they reach puberty. Puberty is a gender game-changer for girls, because it is assumed that a girl should abandon her free-spirit roaming and willingly submit herself to the docile young femininity – to be looked at as a ‘beautiful object’ instead of being primarily a looking subject. Bruises, scars or pimples on the body can be compared with cracks on the porcelain – they are a sign of imperfection or failure, something that is not well received in the western neoliberal society that strives for permanent success and cannot or will not see ‘defeat’ as a time to recess, recuperate or grow.

The societal imperative to be beautiful and perfect (although disguised as a woman’s choice and not an obligation) is a heavy burden in every woman’s life. Despite the fact that beauty standards vary in society, every culture and subculture has the ideal upon other members are measured and valued (e.g. too butch or too femme for a lesbian, too dark or too light for a black person, too masculine for a straight woman …). Women’s bodies should aim to be beautiful – impeccable and “bruiseless” to conform to the arbitrarily established standard(s).

Philosopher Iris Marion Young claims that adult women are caught between states of immanence (i.e. being an ‘object’ or immobile) and transcendence (i.e. being a subject or motile). Every time women are predominantly defined as immanence, their autonomy, creativity and subjectivity (e.g. voice, mind and body) are being destroyed or rejected. The model of conventional femininity does exactly that; it gently forbids any opportunity for a woman to be ‘outside’ of her inactive role if she wants to remain a feminine and beautiful insider.

When a woman engages in sports, she is expanding her spatial, motile, behavioural and physical limits and by not squeamishly avoiding the potential injuries, she is experiencing and embracing physical pain, produced by her own actions. Culturally, there is only one type of physical pain all women are allowed to participate in – childbirth, so by exploring her own pain thresholds besides the imposed one, she transgresses her gender role of a beautiful object and positions herself as an active agent of her own body, possibly covered with bruises, scars and dirt.

Not only does an adult woman, who is getting bruised, transgress her gender role of a delicate flower, she also deconstructs the dominant belief that when a woman’s body is bruised, it must be the case of domestic violence (e.g. intimate, family or elderly abuse). Bruise as an age-specific injury is quite unproblematic with pre-pubescent girls, but over time that fleshy symbol of an active life becomes an undisputable marker of an abuse. When a woman is abused, she is ultimately objectified yet her objectification is intensified with random people’s glances at her bruises and assumptions about getting them.

Bruises are and should only be “kisses” between the flesh and inanimate objects, never between two human bodies – an objectified subject and an abusive subject. But the naming of bruises as kisses is not mine. Finnish photographer Riikka Hyvönen has beautifully documented bruises of roller derby players, a now revived all-female (and feminist) sport, whose global recognisability can also be contributed to Drew Barrymore’s Whip it (USA, 2009), a film that celebrates independence, companionship, wit and women. 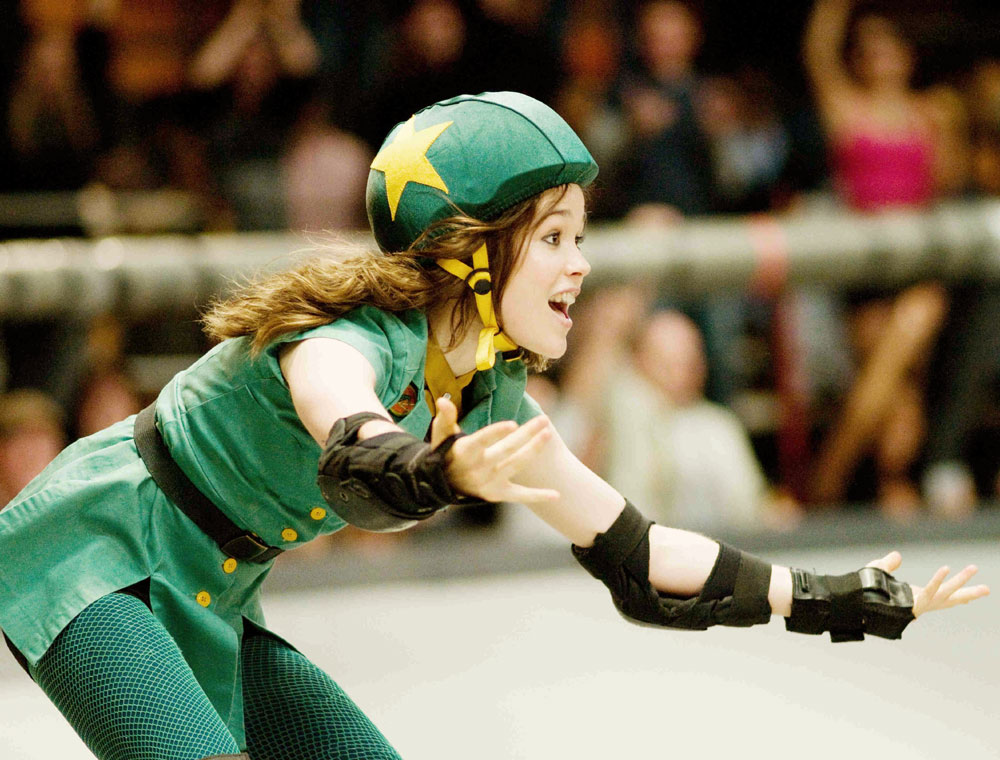 With portraying bruises as “kisses”, the discourse of what is producing women’s bruises is changing. Instead of being exclusively embedded into a paradigm of an abuse, women’s bruises can arise from pleasurable fun.